On the 1891 Census William is living with his parents and sister Ellen at 77 Lyal Road, Mile End Old Town, London.  His father is working as a Stationer’s Assistant.  On 15th May 1893 William and Ellen started at the Stafford Road School, Tower Hamlets.

In the 1901 Census William is living at 77 Norman Road, Leytonstone, Essex with his parents, brothers George, Frank and Walter and sisters Ellen and Florence.  His father’s occupation is now a Printer’s Order Clerk.

On the 1911 Census William’s family are living at 76 Granleigh Road, Leytonstone, Essex.

William married Amelia May (nee Barrett 1890 – 1951) in Southampton in 1915.  This was Amelia’s second marriage.   She married Arthur William May in 1910 but he died in 1912 on RMS Titanic, along with his father, also called Arthur William.

Amelia went on to marry John Bartlett May, the cousin of her first husband Arthur, in Southampton in 1919.  John’s father, also named John Barlett May (1852 – 1929) was the brother of Arthur William May senior.

Military History
William was not on the 1911 England Census but there is a Gunner William Beecher on the 1911 Census of Ireland which was taken at the British Cavalry Barracks in Newbridge, Kildare.

William enlisted in London and served in the Royal Horse Artillery and Royal Field Artillery.  He was part of ‘L’ Battery which was based at Aldershot under the 1st Cavalry Brigade.  The ‘L’ Battery took part in one of the first battles of World War 1, the Battle of Néry.

This was fought on 1st September 1914 when the 4th German Cavalry attacked whilst the British Cavalry and Battery were camped in the village.  The attack was repelled by the Cavalry and 12 German guns were captured.  ‘L’ Battery was almost destroyed and withdrew to England so that it could reform.  It was later awarded the Honour Title of ‘Néry.’  In 1915 the battery was sent to Gallipoli.

William died of pneumonia on 2nd November 1918 in Woolwich, London.  At the time of his death his home address was 87 York Street, Northam, Southampton.

He was awarded the Victory and the British War medals. 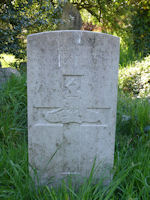 William is buried in Southampton Old Cemetery, Grave Reference 150 N. 69.  The cemetery is on Southampton Common and contains 99 Commonwealth war graves from the First World War.