William’s parents were Henry  (Harry) and Kate, both of whom and including William’s brother Harry Ernest, were all born in Torquay, Devon.

William lived with his paternal grandparents as shown in the 1901 and 1911 census details. His grandfather William was the Licensed Victualler of the Royal Arms, 14, Padwell Road, St. Mary’s Parish, Southampton. The address was also their home as well as their employment. William died in 1908 and the Royal Arms was then run by his wife Eliza nee Herd.

Kelly’s Directory shows that William was the licensee of the Royal Arms in 1898, then Eliza had taken over from 1908 and their son, also William, became licensee up to the early 1940’s. The Public House has now been pulled down and new house/flats have been built. 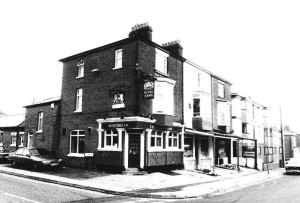