Life Before The War

Sidney was born in 1895 in Freemantle. Southampton. His parents were Harry I Beazley and Susan Palmer (Brown) b1857.

In 1881 census his father is shown as being Harry I Beazley and was born in Southampton in 1841 he is recorded as working as a Life Insurance Agent, he was living at 37 Weymouth Terrace.Southampton with Susan P and their son Henry  Joseph b1880, they had a general servant.

In 1901 census Sidney was living with his mother Susan Palmer  Beazley a widow at 148 Millbrook Road.Southampton. He had 3 brothers  Douglas b1883 he was working in the cycle trade, Seward b1885 also in the cycle trade and Frances b1891, he also had  3 sisters Mary b1884,  Edith b1890 and Maud b1893.  his mother is rececorded as being born in Horsleydown London. In 1902 Douglas was a cycle maker at 8 Park Road Road.Southampton.

In 1911 census Sidney was living with his Aunt Jane Brown and  Uncle William Brown in 144 St.John’s Road. Deptford. London.  He as registered on the census as being feeble  minded.

Sidney joined the Royal Navy and was assigned to H.M.S President which was a land base. Men were assigned to a land base when they were between ships. Sidney  died on Sunday 12th March 1916 at the Victory Royal Navy Barracks/Base in Portsmouth, he died of illness.

He is remembered in grave 166B129 at Southampton Old Cemetary. 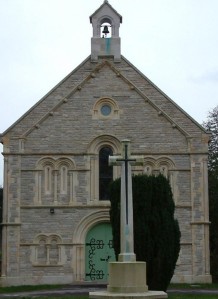 Researched by Brenda White May 2014.

One response to “Sidney Beazley”