In the census of 1911, the family lived at 40, Heidleberg Road, Southsea, Hamsphire. Samuel was still employed by the Water Company as a Labourer and Stephen worked at the Government Dockyard as a Skilled Labourer. Leonard had moved to Southampton and was a boarder living with the Wareham family at 46, Bellevue Road, Southampton where he worked as a Grocer’s Shop Assistant. 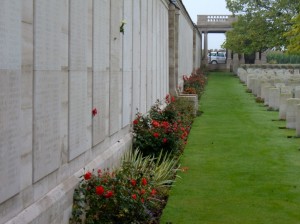 Leonard is Remembered with Honour on the Loos Memorial, France. He was entitled to the 1915 Star, British Service andVictory Medals.

When his parents were advised of their son’s death, they were living at 5, Shanklin Road, Southsea, Hampshire.