Leonard is shown living with his parents in Old Portswood in 1891.  He was born in 1884, his sister Elizabeth was two years older and brothers William, two years younger, and Leslie just one year old.

By the 1901 census the family was living at Brookfield House, 157 Portswood Road, Portswood, and another brother, Christopher, had been born in 1893.  Leonard is shown as a Gardener-Domestic, as was his father.

The new family were living at 33 South Road, St Denys in 1911.  Leonard is shown as ‘Builder-Labourer’.  He and Olive now had three children: 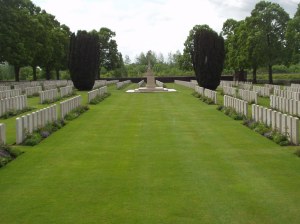 Leonard George Lyne is also memorialised on the Southampton Cenotaph and the World War One tablet inside St Mary’s Church, South Stoneham, Southampton.

He was entitled to the British War Medal and the Victory Medal.

NB on some records his Regimental number is listed as 32372 and on other records as 23372.