Family Life Before The War 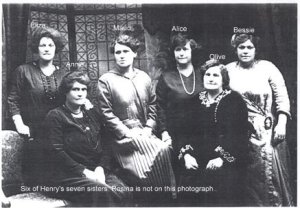 His father George was born in Southampton on 1st May 1839 and married Eliza Ann Richards (born in 1843 in Salisbury Wiltshire) on 25th December 1860. 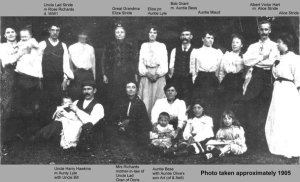 In 1891, at the age of 14, Henry was working as an errand boy at the port of Southampton.  By 1901 he had  joined the Royal Navy and  the 1901 census records him in Gibraltar serving on HMS Mars as a stoker. 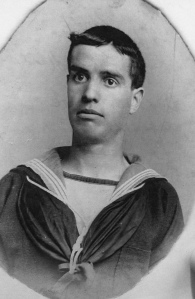 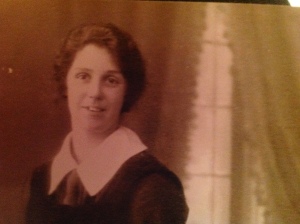 The caption highlighted on the Memories article reads:
“The next day Charles Stride of Chantry Road was using a  lame horse to pull a trolley laden with ice through Southampton. A short distance away The Titanic slipped her moorings  and set out for New York. ice of a different nature was to be her downfall.” 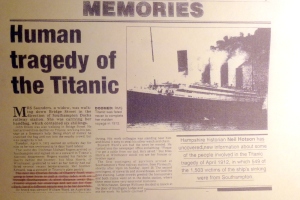 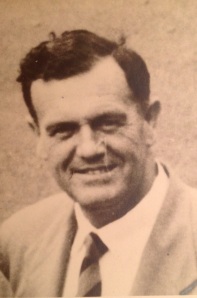 Kellys’ directories show Rose (Lydia) and daughter Doris living at 50 Shirley Avenue, Southampton from 1951.  Also registered at the address was Cora Newman.  Doris remained a spinster for many years as she cared for and nursed her mother until Lydia Rose passed away on 17 April 1952.

The roll of 1956 shows  only Doris and Edward registered.  There are no records for 50 Shirley Avenue from 1957. 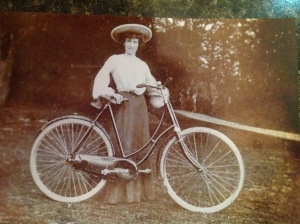 Doris  (aged 45) married Eddie Maynard who worked as  a banker in 1953.  They lived in Pentire Avenue, Upper Shirley, Southampton, without a family, as she was past her child-bearing years.

Henry’s son, Harry  Frederick William, had been identified as a fatherless boy with potential and received a scholarships to attend Taunton School and Southampton University.  He became a teacher and emigrated to South Africa, aged 22, sailing from Southampton on 11th January 1929, from where he  continued to support  (Lydia)Rose and Doris. 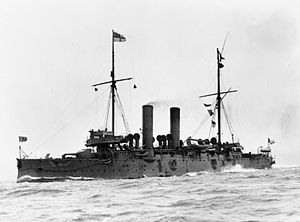 Henry was mobilised in August 1914 with the Royal Navy and became a Leading Stoker on HMS Edgar – a first class cruiser and lead ship of the “Edgar” class, it was a converted depot ship used for destroyers and submarines in the Northern patrol.  Henry is noted as being engaged in ” important duties” in the North Sea.  Following this he was transferred  to the East on Monotor (M15).

In July 1915  Monotor M15 received her main armament in Malta after which she proceeded   to Mudros.  She was later  involved in the defence of the Suez Canal.  After bombarding Gaza as part of the Third Battle of Gaza on November 11 1917, Monotor (M15) and a destroyer, HMS Staunch, were torpedoed by UC-38 at Deir el Balah, off the Palestine coast.  Twenty six ranks and 576 men lost their lives in the sinking of Monotor (M15), including Henry. 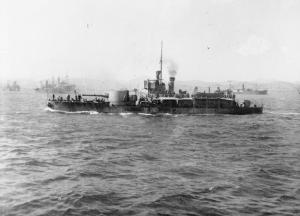 Henry is remembered on the Portsmouth Naval Memorial panel 26.  He was awarded the 14 – 15  Star, The General Service Medal  and the Victory medals.

On his death his wife Rose was informed, she was still living at 372 Shirley Road, Southampton.

N.B.  Name errors exist in the information  between the Commonwealth War Graves, The Naval Casualty Data Base and Forces War Records who have him as the son of George and Elizabeth Stride of Stanley House Marine Parade, Southampton and his wife as Lydia Rose.

Also in various census there is a variation in how some names are recorded.

Registration of addresses for George and Eliza was taken from Kelly’s Directories 1861 – 1880.

The Service Number recorded for Henry is also held as the same (Naval Base Information) for Harry Stride whose father is named as George instead of Henry.

His wife is named as Rose L and his date of birth given as 31st October 1876.

Research completed by Brenda White in January 2014 with the support of Henry’s great granddaughter who has kindly agreed for photographs of Henry and his daughter to be included in his story.  She has supported us by verifying the story and we forward our thanks to her.

The story also was updated in May 2014 with additional information and photographs from Alan Stride whom we thank for his interest and cooperation. His father was the son of Ernest.  His father’s name was Albert Henry Stride and Alan thinks that  presumably Albert, like himself, was given a middle name associated with Henry.  Alan’s father also served in the Royal Navy from 1920 until 1946.

N.B. PLEASE BE AWARE THAT PERMISSION SHOULD BE SOUGHT FROM THE WEBSITE AND HENRY’S FAMILY  BEFORE COPYING ANY PHOTOGRAPH  FROM THIS STORY.