Life Before the War 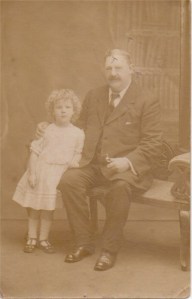 Frederick was born to Thomas and Mary Ann (Wearing) in 1869 in St.Helier.Jersey. Channel Islands. In the census of 1871 his father is registered as a basket maker and his mother a grower. He had 3 brothers Walter Joseph (1857) a blacksmith,Thomas Charles (1865) and Henry Gilbert(1867) and 2 sisters Louise Emile (1859) and Treander Agness (1863),the family lived at 6 St James Place.St.Helier. Jersey. In the 1881 census Frederick’s father Thomas had died and his mother was working as a laundress only Charles and Frederick were registered at the address of 6 St.James Place. St.Helier.Jersey.

In 1895 Frederick married Florence Marret in 1896 in Southampton.Hampshire.

In 1901 census they were registered as living at 5 Northumberland Road.Southampton, Frederick was working as a marine steward.

In 1911 census the Frederick’s wife was registered at 19 SpearRoad. BevoisRoad. Southampton with Frederick, Frederica, Winifred, Leslie,Doris,Ena and Hilda, 1 child is recorded as having died.

Military Service.
Frederick served on the S.S.South Western as a Chief Steward. The SS South Western was a Merchant navy ship and was hit by a torpedo on the 16th March 1918. 24 lives were lost including Frederick, with 6 survivors, only 4 people were passengers. It was on a voyage from Southampton to Saint Malo with general cargo when  it was sunk by a German submarine UB 59  9 miles off St Catherines Point. Isle of Wight.

Military Awards
Frederick was awarded the  Mercantile Marine Medal and the British Medal, he was also awarded the Military Medal
for individual or associated acts of bravery which were insufficient to merit the Distinguished Conduct Medal

Research completed by Brenda White with the input from Frederick’s Grand Daughter, and Dave Wendes. March 2014. 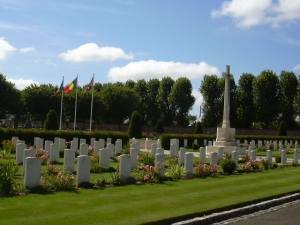