Ernest was born 5th July 1892, baptized 21st August 1892 Ryde, Isle of Wight, to parents Richard and Elizabeth nee Bessie nee Roach, who married on 9th July 1878 at All Saints, Ryde. All their children were baptized at the Roman Catholic Church in Ryde. Ernest was the youngest of their children, his siblings were:

In 1901, the family were living at 42, Albert Street, Ryde. Richard was working as a Coachman/Groom (not domestic), his wife was a Laundress, daughter Ellen was a General Servant Domestic, George was a Butcher Shop Man and Joseph was a Stationers Errand Boy.

They had moved by 1911, to 36, Prince Street, Ryde. Richard was a Coachman, Frederick was a Grocers Errand Boy and Ernest was a Grocers Junior Assistant.

In 1917, Ernest married Ellen Kate nee Murphy in Southampton. They had a son Ernest Evelyn  Joseph born 1918 in Southampton. Ernest would have not seen his son. After her husband’s death, Ellen married Humberto Felice Strata in 1920. Humberto was a former Italian prisoner of war.

Ernest’s name is also remembered on the Memorial, which hangs in the Ryde Town Hall.

A bronze plaque naming casualties from the Great War. There are five panels, each with 2 columns of names.

“B0ROUGH AND DISTRICT OF RYDE

IN EVER GRATEFUL REMEMBRANCE OF THOSE WHOSE NAMES ARE INSCRIBED HEREON WHO, AT THE CALL OF KING AND COUNTRY, LEFT ALL THAT WAS DEAR TO THEM, FOR THE PATH OF DUTY AND SELF SACRIFICE, ENDURED HARDSHIPS, FACED DANGERS, AND FINALLY GAVE THEIR LIVES THAT OTHERS MIGHT LIVE IN FREEDOM
GREAT WAR 1914 – 1918
—–
names as given below
—–
THIS MEMORIAL
WAS UNVEILED ON SUNDAY THE 13TH AUGUST, 1922, BY
THE MARQUIS OF CARISBROOKE, CCVO
ALDERMAN ARTHUR ANDREWS, JP, MAYOR”

H.M.H.S. “Llandovery Castle”, was built in 1914 in Glasgow as R.M.S. “Llandovery Castle” for the Union-Castle Line, was a Canadian hospital ship on a voyage from Halifax, Nova Scotia to Liverpool, England that was torpedoed and sank by the German Submarine U-86 (Helmut Patzig), off Southern Ireland on 27th June 1918.

Captain Patzig, aware of his error (torpedoing a hospital ship), decided to kill the witnesses and machine gunned the survivors who escaped in 3 lifeboats.

n terms of the number of dead, the sinking was the most significant Canadian naval disaster of WW1. The incident became renowned as one of the war’s worst atrocities. After the war, the case of the “Llandovery Castle” was one of six British cases presented at the Leipzig trials.

First-Lieutenants Ludwig Dithmar and John Boldt, charged with war crimes on the high seas. They were two officers of the submarine SM U-86 that had sunk the hospital ship “Llandovery Castle” and then attacked survivors in lifeboats. They were sentenced each to four years in prison. Their captain Helmut Brümmer-Patzig had left Germany and the court’s jurisdiction. 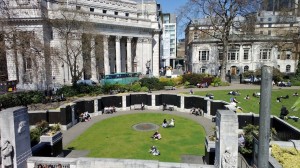 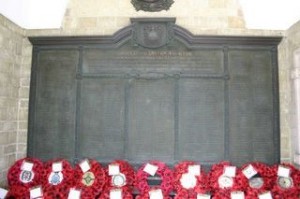 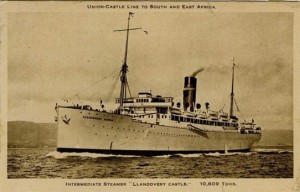 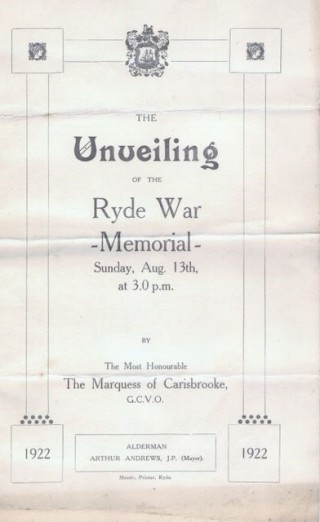