Cecil’s parents were Alfred and Alice. Alfred was born in Torquay, Devon in 1867 and died in 1939 Southampton. Alice was born in 1869 Southampton she died  in 1938. Alfred married Alice Bulley on 2nd March 1890, Southampton.

The 1901 census shows Alfred had his own business as a Cabinet Maker. They are living at 4, Upper Liverpool Street, St. Mary’s Parish, Southampton.

In the census of 1911, the family had moved to 11, Waverley Road, Freemantle. Alfred still had his Cabinet Making business. Alfred was employed as a Gardener/Nurseyman, Harold worked as an Errand Boy and Cecil was employed by a Printer Company as a Machine Boy.

Leonard enlisted on 2nd August 1918 in the Dorsetshire Regiment, service number 44376 as a Private. Leonard confirmed his address as 11, Waverley Road, Freemantle, Southampton. His occupation was Engine Mechanic apprentice. He gave his father Alfred as next of kin. He was demobilized on 25th October 1919.

During the war this lady was engaged on work of great National importance at the Hayes Munition Factory, where she was employed in filling shells. Later she did good work as a cable tester at Messrs. Perrilles, where her services were highly valued by the firm.

Cecil is Remembered with Honour on the Jerusalem Memorial, Israel and Palestine (including Gaza). 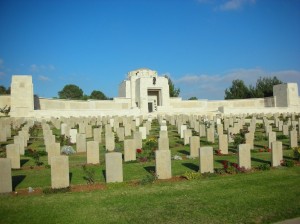 The Memorial can be found on panels 28 and 29 and reads:

Cecil is also remembered on the Southampton Cenotaph and Memorial Wall.

He was entitled to the British Service and Victory Medals.